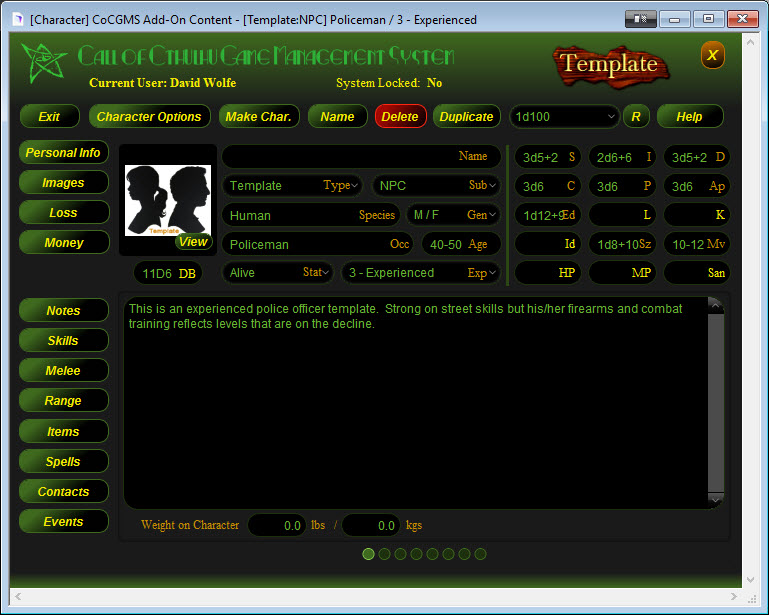 Characters can be created in a few ways in the CoCGMS.  The most practical way if you plan on creating multiple characters with the same baseline attributes (albeit varied within ranges you specify) is to create a template and quickly roll out characters from that baseline.

Templates in the CoCGMS look much like standard characters in the system except that for some data fields, rather than direct numeric stats you have the ability to specify dice roll strings or actual numeric ranges like "9-14".  The CoCGMS can then process these stat generators during creation and give you a range of results from the same template.

Items variations can be specified on templates by means of defining their % chance of being on the character during creation.  There are additional control to govern how many items a character can possess in total from the selection available in the template.  Meaning, you can list 8 different range weapons with various % chances of having on a template but specify that the character must have at least 2 and no more than 4 of these choices.  This selection ability can be applied to skills, melee & range weapons, general items and spells.

The CoCGMS also has the ability to generate basic contacts for a character during template processing to give the keeper something to work with to give players some resources to leverage during game play.