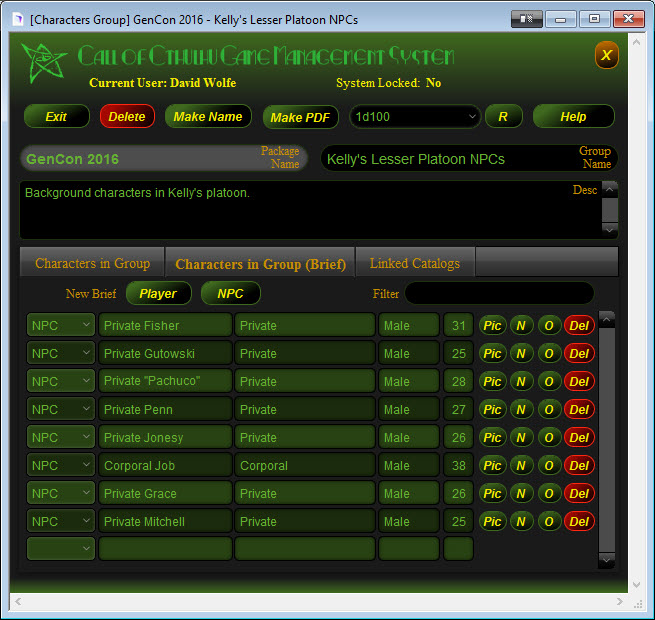 A character group layout has two main display modes.  The standard which shows just the info on a character name which gives you an entry point to open the full character record and a "Characters in Group (Brief)" display that gives you access to just the basics needed for a simple character.

In this view, the type, name, occupation, gender and age of each character is shown as well as an "N" (for Notes) button which gives you a popover of additional info like stats, species, HP, etc.  Often times when building a scenario, you just need a place to generate simple NPCs with limited info and not have to deal with creating full characters.  This display in a character group lets you build simple characters more quickly. 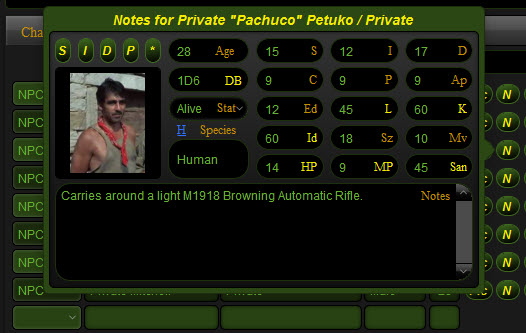 The S, I, D, P and * buttons above the character image lets you generate stats for different focuses.  You can generate a strong, intelligent, dexterous, power focused or generic character stats with these buttons.  The stat rolls for these buttons are customizable in the Select Lists Editor from the Main Menu.  The H hot-letter simply populates the "Species" field with the word "Human".

Be careful when using the quick stat roll buttons here.  There is no overwrite warning given when they are used.  New stats will be immediately rolled and overwrite any existing information.