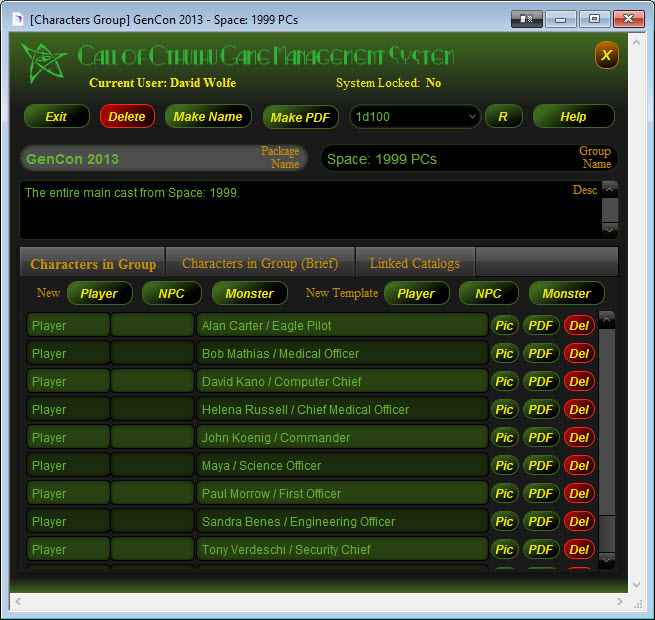 This screenshot shows a character group of player character records.  From here you can open a character by clicking on it or printing a character by using the PDF button (or sending it to a PDF print driver to make an external PDF of it).  The top "Make PDF" button will allow you to print/pdf all characters in the group in the format you specify.

The Pic button will open the main image for the character in a popover and also send the image to the Players Window if it is open and accepting input.